It is extremely important, when choosing a Breeder to purchase a puppy from, that the Breeder is very involved with the breed. No matter whether it is a Golden Retriever or any other pure bred breed of dog that  you may be interested in.    You, as a buyer need not be this involved, BUT if anyone chooses to be a “Breeder”, their involvement is paramount to their contribution to and support of the breed.  Not only club affiliations, adhering to Code of Ethics,   but training involvement and knowledge of the breed.   Below and through out the pages on this web site, you will be informed about my involvement in, employment,  breeding, training and competing with the Golden Retriever breed for the past 43 years. 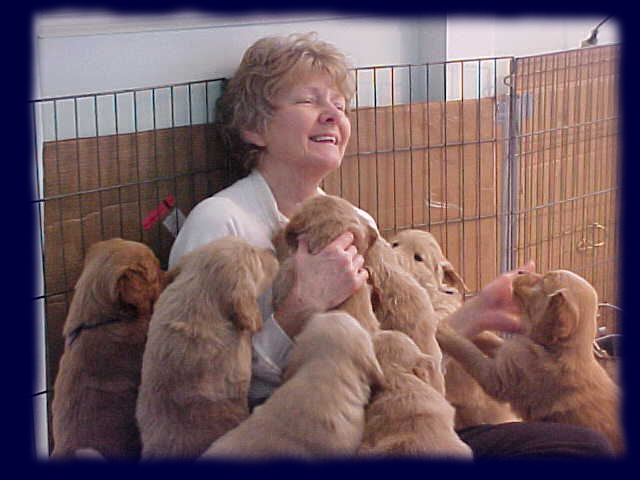 I was privileged to have the  Golden Retriever Club of America interview me for the second time, about my Wynwood Goldens.  The interview was published in the May-June 2010 issue of the Golden Retriever Club of America News.  It has been a great honor to share my life with my Goldens and the article can be read by clicking on this link….
GRNews Interview 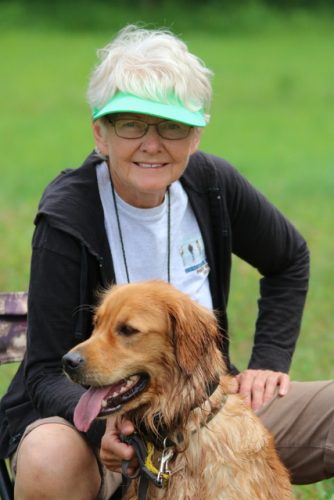 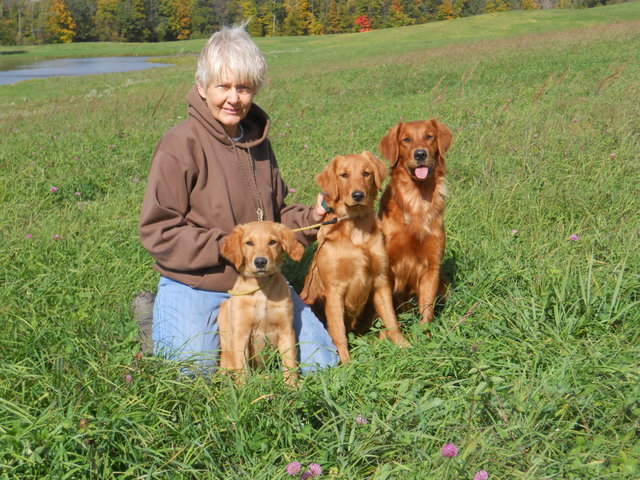 I have been involved in the “world of dogs” since 1975.  These involvements include:

Volunteered for Paws With A Cause, an organization that trains dogs for people with disabilities, for many years.

Employed by Paws With A Cause for nine years.  Responsibilities included developing a Breeding Program and managing this program, Field Trainer, Needs Assessments, Certifications, Dog evaluations. Field trained 16 Assistance Dogs for people with disabilities since 1998.

Employed by Leader Dogs for the Blind in Rochester, Michigan as Breeding Program Manager.  Responsibilities include managing and educating all the host homes (95+) that the breeding stock lived with, breeding all dogs either naturally, artificially or assisting in transcervical inseminations. Producing 200 – 300 puppies a year. Responsible for all cryogenic work, preserving for the future, the quality of the Leader Dog stock.  Data entry to track all dogs hosted, bred, puppies whelped, benchmark goals to track and achieve the best dog guide possible. 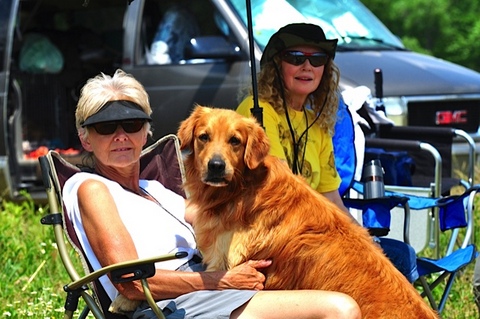